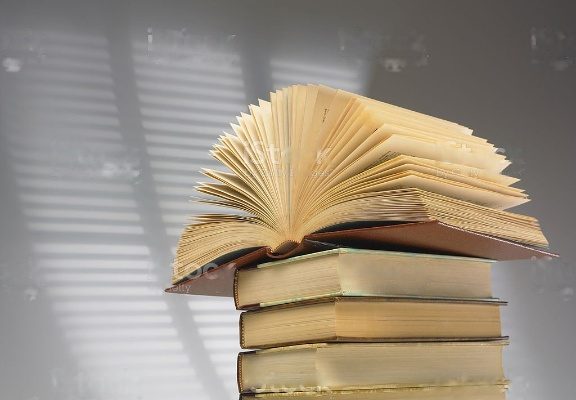 Oh, great! It is my joy to enlighten students once more. In this article, my enlightenment shall be based on the differences between JAMB and Post UTME. Never mind, we would, alongside the said topic, consider several other related questions students often ask.

The topic at hand aside, some of the popularly asked questions revolving around JAMB and Post UTME include:

JAMB or Post UTME, which is the most important? Can you gain admission without sitting for JAMB? Is it all schools that organize Post UTME? And a few other questions.

The first thing I would like to start with after the introduction is to define the concept of JAMB and Post UTME.

JAMB, which is short for Joint Admission Matriculation Board, is a single government body unifying Nigerian institutions, mainly serving the purpose of seeing to the admission of students into tertiary institutions.

Every school has an examination conducted for qualified Jambites to know whether or not they are competent enough to get admitted. This examination, which is often the last examination students seeking admission will take, is referred to as Post UTME.

Post UTME, as the name suggests, is an examination coming after the JAMB UTME.

UTME is short for Unified Tertiary Matriculation Examination. Do not get confused, please. The difference between JAMB and UTME is that the former is the body conducting the latter, a computer-based examination.

I am sure I have made it easy for you to understand both terms.

Right now, we want a direct comparison, picking out the odds between JAMB and Post UTME.

We might be making a big mistake if we talk about this topic, even extensively, without looking into the origin of the two main keywords.

Shall we talk about a brief history of the coming about of JAMB and Post UTME?!

Just as we have to sit for JAMB before writing Post UTME, so does the idea of JAMB come before the coming of Post UTME officially, following history.

How did JAMB start? JAMB was introduced into the Nigerian educational system during the reign of former president Olusegun Obasanjo, precisely in 1978.

JAMB was inaugurated due to the ever-increasing claim that schools are not organized in the admission processes. Back in the day, some students get multiple admissions, and some schools give admission to the same student twice.

Also, before the 1978 invention of JAMB, schools’ admission processes are not under regulation, and as such, some institutions have no good standards – for admitting students as they want. Whether or not these claims are true is not the day’s topic because they were simply complaints said to have been laid in those days.

There are many other reasons why people propose there should be one organized body responsible for the admission of students, setting a general standard. You can also think of how admission can be without the board.

At the time, the CBT method was not introduced into the examination system; people write JAMB on paper like WAEC and NECO.

But in 2015, the body started conducting examinations for candidates using the Computer Based Test method. It was said that this came about as a solution to the increase in examination malpractice.

And truly, this is an effective way to end examination practice; at least it worked for the body, as the installation of CCTV Cameras in JAMB examination centres came alongside. Although it does not appear as if we could put an end to this social anomaly, it has drastically helped reduce the unlawful examination act.

Yes, many thought JAMB was the way out, but it appeared not true. The body started in 1978, and within this period and the early 2000s, some scholars have come up with reasons why JAMB is insufficient and a good way to qualify students worth admitting.

Some likely reasons were that JAMB has no good standards and cannot meet the requirement of every school at a time. That is why until now, meeting the JAMB’s cut-off mark does not automatically pronounce one qualified for admission in their school of choice.

In a true sense, top Nigerian Universities like the University of Ibadan, Obafemi Awolowo University, etc., require high JAMB scores of anywhere around 200 for admission. At the same time, JAMB, on the other may declare 160 for its cut-off for the year.

In a nutshell, several other proposals brought about the official invention of the Post UTME examination, which could be tagged screening exercises in another sense.

Former Nigerian president Olusegun Obasanjo in an interview in 2006, revealed that Post UTME was introduced into the system in 2005 through Mrs Chinwe Obaji. And we got to know what the whole thing was about.

Thence, JAMB is a body unifying all Nigerian institutions; it has influence (though with limitations, since 2005) on every school’s admission exercise. Sometimes, students may be offered admission by JAMB to study in their school of choice.

Post UTME, on the other hand, is the independent power all Institutions are vested with to choose from the number of qualified students coming from JAMB.

When seeking admission, we must note that JAMB always comes before Post UTME unless the institution applied for offers admission without requiring JAMB.

I am sure that with the knowledge of how it started, you will better understand the differences between JAMB and Post UTME.

There are majorly four forms that Post UTME could take, based on what certain institutions see fit.

Post UTME requires students to submit their credentials to their school of choice through verified Cafés.

As hard as people claim Post UTME can be, it could be as simple as this, depending on your school, regardless of your course.

This is more advanced than the online form of Post UTME in terms of procedures. Often, candidates might be required to submit their results before going alongside the documents to the school for physical exercises.

Physical exercises could include running medical tests for candidates, remember I said depending on the school (this could be the case in military school, etc.)

Candidates will have to talk in this form of Post UTME, appearing to be more of an interview. It is often done for students doing direct entry.

“This, I can say, is the main Post UTME.” When you hear people saying Post UTME is hard, you can be sure they are most likely talking about test Screening.

Here you would be required to sit and attempt some questions to show yourself competent for admission into the institution.

You must do certain things to pass Post UTME successfully, whether physical, online or whatsoever. One is to ensure you make friends with students of the school, either aspiring or those already there. This will help you know what form of Post UTME the school will conduct and how to prepare yourself for it.

Unlike Post UTME, JAMB has, since 2015, been taking one form, the CBT, Computer Based Test. It means people have to take computer examinations in accredited JAMB centres.

JAMB or Post UTME, which is the most important?

It all depends on where you seek admission. If, as a student, you want to study in a private institution, chances are you would not need JAMB for any reason. In this case, Post UTME is more important.

On the other hand, if you seek admission into a public higher institution, you must be ready to take these two examinations seriously because JAMB will tell whether or not you are qualified for Post UTME. Post UTME, however, will qualify you for admission into your school of choice.

Can you gain admission without sitting for JAMB?

Yes, you can get admitted without sitting for JAMB. If you would not like to sit for the examination, there are two readily available options.

After the outbreak of the COVID-19 pandemic in Nigeria, some schools decided not to hold Post UTME, thence admitting students based on their JAMB and WAEC results. Although we might say requesting the results is also a form of Post UTME, the point is many schools could not hold the Test screening.

This is to tell that all Nigerian institutions hold Post UTME, though tougher in some schools than others.

In conclusion, JAMB is never the same as Post UTME. None is more important than the other unless in the cases we have highlighted above. By now, you should have learned a lot more about the differences between JAMB and Post UTME. 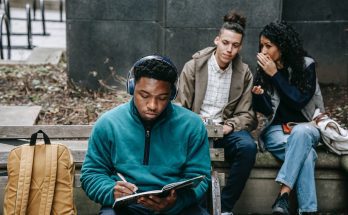 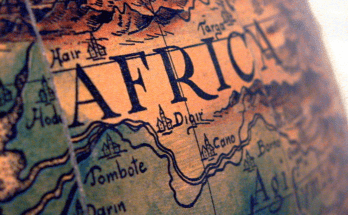 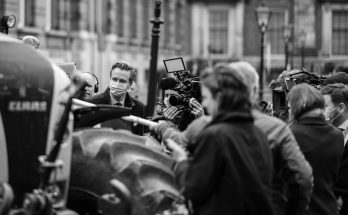 Difference Between Journalism And Mass Communication

Abayomi is an education student and a certified content and prolific writer in Nigeria who is concerned with serving scholars across all nations with in-depth research and quality content.

View all posts by Abayomi →

We use cookies on our website to give you the most relevant experience by remembering your preferences and repeat visits. By clicking “Accept All”, you consent to the use of ALL the cookies. However, you may visit "Cookie Settings" to provide a controlled consent.
Cookie SettingsAccept All
Manage consent

This website uses cookies to improve your experience while you navigate through the website. Out of these, the cookies that are categorized as necessary are stored on your browser as they are essential for the working of basic functionalities of the website. We also use third-party cookies that help us analyze and understand how you use this website. These cookies will be stored in your browser only with your consent. You also have the option to opt-out of these cookies. But opting out of some of these cookies may affect your browsing experience.
Necessary Always Enabled
Necessary cookies are absolutely essential for the website to function properly. These cookies ensure basic functionalities and security features of the website, anonymously.
Functional
Functional cookies help to perform certain functionalities like sharing the content of the website on social media platforms, collect feedbacks, and other third-party features.
Performance
Performance cookies are used to understand and analyze the key performance indexes of the website which helps in delivering a better user experience for the visitors.
Analytics
Analytical cookies are used to understand how visitors interact with the website. These cookies help provide information on metrics the number of visitors, bounce rate, traffic source, etc.
Advertisement
Advertisement cookies are used to provide visitors with relevant ads and marketing campaigns. These cookies track visitors across websites and collect information to provide customized ads.
Others
Other uncategorized cookies are those that are being analyzed and have not been classified into a category as yet.
SAVE & ACCEPT