This article is about the importance of Civic Education in Nigeria. Please let us know if you have any questions or concerns.

A country that fails to educate its population about its laws, culture, traditions, and values is doomed to fail and would have to deal with numerous social, political, and economic issues.

No matter how many natural and human resources Nigeria has, I have to admit that we have failed to make substantial progress over the years, even though we are blessed.

Suppose we don’t take a hard look at our current situation. In that case, we may not be able to appropriately judge where we are as values in Nigeria’s lead generation have been steadily declining over the previous few years.

Several virtues have been ignored while societal vices such as terrorism, cybercrime, crime, fraud, and luxury have been elevated to importance.

The necessity to return to the drawing board and bridge the knowledge gap, specifically the importance of civic education in Nigeria, is now vital.

As a Nigerian citizen, you have a responsibility to learn about the importance of civic education and how it might affect your life, regardless of your age or social level.

The History of Civic Education

Confucius and Plato created the oldest civics theories in ancient China and Greece. China was the first country to develop legalism, where it thrived for centuries.

As a meritocracy, this system emphasized the practical union of an autocrat’s authority and wealth with the state or population of the country. The idea behind the term was to portray a sense of respect and decency. 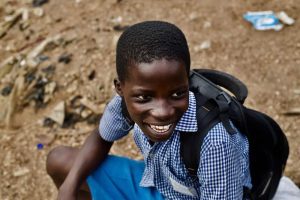 Although this has expanded to encompass notions such as citizen’s rights, fairness, and ethical behavior in public life, most of the Western legal heritage has resulted in the restoration of old laws, such as the Chinese Constitution, translated by Lin Zexu in 1839 and continues today.

Civic Education as a Concept

Many people believe that civic education is essential for the advancement of a country. Educating people about their rights, responsibilities, and duties to the country is an integral part of this effort.

To advance our country, we must also teach our children the rules, standards, norms, and values that make us proud to be Nigerian citizens. The transmission of knowledge is also part of education. Since the dawn of time, civic education has been around.

Civic education was taught informally in numerous communities before formal schooling was introduced in Nigeria. It was a separate topic in secondary schools and colleges, and it was included in the primary school curriculum when Nigeria gained independence.

The name “civics” has evolved throughout time, from “general knowledge” to “social studies,” “civic education,” and “religious and national values,” among other things.

Importance of Civic Education In Nigeria

The importance of civic education in Nigeria cannot be overstated; here are some of them.

1. Influences Utter change in the world

All of our country’s political parties use a familiar rallying cry based on various ideas for improving our society. However, the actual issue is not leadership but rather the value each citizen contributes to the country.

Has your mind ever wandered to living in a place that is entirely free of vices and terrible events? Such a country is free of marginalization, disorder, and instability.

Civic education aims to create a society in which every citizen understands their role in contributing to the country’s progress.

Instilling the virtues of leadership and accountability in the lives of all citizens, regardless of class or age, is a worthwhile endeavor. Individual and communal acts of compassion have the power to transform our nation.

In civic education, we learn to treat one another as brothers and equals in the eyes of the law and to respect one another’s religious beliefs. A sobering legacy of the nation’s past can be seen in the persistence of ethnic and religious supremacy in today’s culture.

Ethnocentrism believes that one’s ethnic group, tribe, or religion is superior to others. Nepotism, injustice, and inequity have seized our society, leading to conflict and carnage.

To attain peace and justice, citizens must be taught civic virtues such as tolerance and acceptance of others regardless of their ethnicity, religious affiliation, or language preference.

When we learn about our country’s history and culture, we feel a strong sense of loyalty. People who follow the law, promote good morals, and avoid vices are all excellent examples of citizens who are good citizens.

In addition, we have created a close link since we all have a common aim of improving our country rather than indulging in dishonest actions that obstruct national progress.

I’m concerned about how our country is being viewed abroad due to the current spate of unpleasant events.

We witness a variety of emotions from foreigners when we meet them. Because of all of the awful news that has been presented, we can’t say that we can blame them.

It is difficult for us to maintain contact with the rest of the world. Through civic education, overcoming these difficulties is possible, which teaches us how to deal with social vices and inculcate good ideas into our daily lives.

Several factors contribute to a nation’s worldwide standing: a shift in opinions regarding its government and the economy and a willingness to accept and respect the beliefs of those around us.

Long-term development can be described as social fairness, ecological sustainability; good governance; and economic productivity. In civic education, the curriculum addresses these goals.

ICTs skills and conflict resolution tactics are vital as we enter the Fourth Industrial Revolution era and look to the future of health, social, economic, political, and environmental challenges.

To keep our country and the world growing, we need people who can see the dangers we face today and in the future and come up with answers.

People’s beliefs and values are not magical powers that can transform a nation overnight; instead, they are the foundation of a slow and continual process of national growth.

Only by allowing ourselves to be receptive to the richness of information that civic education holds will we be able to secure our nation’s future.

Transformation, equality, and the growth of meaningful citizenship are all achievable in Nigeria. We may also attain international recognition and the democratic society that we have always envisioned for ourselves.

All of us have a stake in the future of our country, so we can’t just blame our leaders for anything that goes wrong. The moment has come to think about how you can be a decent citizen in Nigeria, whether seven or seventy years old.

Believe me when I say that we will reap enormous rewards if we get back to our studies, civic education, and paying our taxes.

I hope you enjoyed the importance of civic education in Nigeria, don’t hesitate to use the comments box below to ask questions, and feel free to contact us. 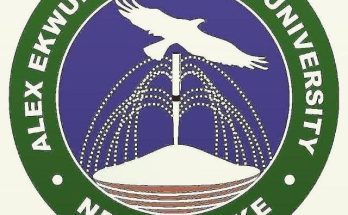 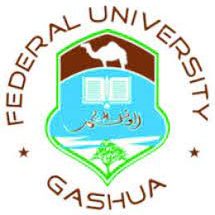 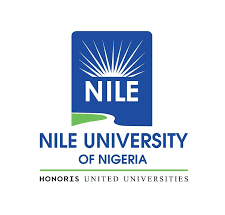